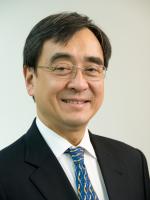 Richard Wong is active in advancing research in economic policy studies in Hong Kong and China through his work as founding Director of the Hong Kong Centre for Economic Research since 1987. He has been Chairman of the Judging Panel of the DHL/SCMP Hong Kong Business Awards since 2006. He was awarded the Silver Bauhinia Star in 1999 by the Government of the Hong Kong Special Administrative Region in recognition of his contributions to education, housing, and industry and technology development. 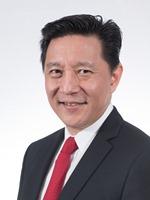 Herbert Vongpusanachai is the Senior Vice President and Managing Director of DHL Express Hong Kong & Macau, and member of the DHL Express Asia Pacific Management Board. Mr. Vongpusanachai is responsible for steering the strategic growth and managing the overall operations of DHL Express Hong Kong and Macau. Prior to his current appointment, Mr. Vongpusanachai served as Managing Director of DHL Express Singapore from 2008 – 2015. Under his leadership, the company achieved strong business growth, with positive revenue turnover year-on-year for the past five years. The company also received several external awards and recognitions in various areas that include customer service excellence, trusted brand, corporate responsibility and sustainability. Mr. Vongpusanachai joined DHL Express in 2003 as Country Manager of DHL Express Thailand. In January 2007, his portfolio expanded when he was appointed Managing Director, Thailand and Indochina Region. He led the robust growth of DHL’s business in Thailand, Cambodia, Laos, and Myanmar, overseeing more than 30 facilities and 30,000 customers. He played an instrumental role in managing and ensuring the smooth transition of the DHL Express Bangkok Hub to its current location at the Suvarnabhumi International Airport. During his tenure, the respective markets under his care have seen significant growth in business volume and profitability. Prior to joining DHL Express Thailand, Mr. Vongpusanachai worked with Microsoft Thailand for seven years where he held several senior positions, the most recent being Enterprise and Partner Group Manager. Mr. Vongpusanachai holds an MBA from the School of Management, Asian Institute of Technology, as well as a Bachelor of Computer Science from University of Mount Union, Ohio, U.S.A. 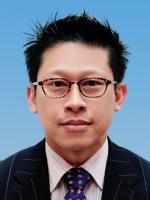 Eugene Tang has been a financial journalist since 1994. His career began in his native Malaysia in a reporting role for The Edge weekly newspaper straight after graduate school. On the eve of the first Asian Financial Crisis in 1997, Eugene joined Bloomberg, where he subsequently spent 14 years in real time journalism, working in Kuala Lumpur, Shanghai, Tokyo and Beijing. He expanded and managed Bloomberg’s China news bureaus in Beijing and Shanghai 14-fold over a decade. An opportunity arose in 2011, attracting him to lead the development of a Chinese-language news product for Dow Jones & Co., publisher of the Asian Wall Street Journal. Eugene subsequently spent four years developing a range of news products including Dow Jones’ Chinese FX & Fixed Income News, and Factiva. In July, he joined the South China Morning Post to manage the newspaper’s Business section. 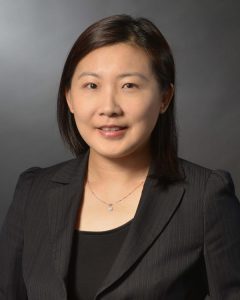 Dr. Winnie Leung is the Principal Lecturer of Accounting at The University of Hong Kong (HKU). She joined HKU in 2010. She is a CPA in Hong Kong with practical experience in banking and accounting. Dr. Leung is passionate towards accounting education. Her enthusiasm and devotion in teaching and learning has earned her high recognition for teaching excellence. She was given the Outstanding Teacher Award (Undergraduate Teaching) by the Faculty of Business and Economics of HKU in 2012 and 2018. Dr. Leung’s expertise lies in the area of financial reporting. She teaches Advanced Financial Accounting in both undergraduate and master programmes. Dr. Leung’s research interests include Financial Reporting, Corporate Governance and Family Firms. She has research publications in top academic journals, including Journal of Financial Economics, and Journal of Corporate Finance. 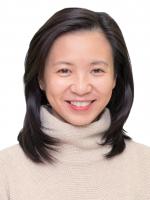 Shirley Yuen took up the post of CEO of the Hong Kong General Chamber of Commerce on 8 August 2011. Prior to this position, she was Deputy Secretary in the Transport and Housing Bureau, in charge of public transport policy between 2008 and 2010. She had worked in Hong Kong Government for 20 years before joining the Chamber. Ms Yuen served mostly in the commerce and trade policy area, taking part in numerous international negotiations, and was directly involved in the formulation of CEPA (Closer Economic Partnership with Mainland). 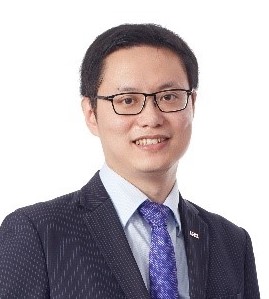 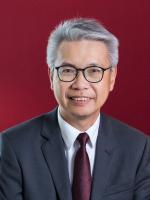 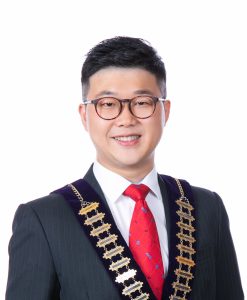 Mr. Lin graduated from the RMIT University, Melbourne, Australia, with a degree in graphic and multimedia design. He returned to Hong Kong in 2004 and joined the family business Corporate Press (Hong Kong) in 2008 to take care of the printing business that established in Hong Kong for more than 30 years. In the course of his efforts to transform and expand its business for the company, it has been successfully transformed from traditional offset printing to multimedia and digital printing services. At present, the company owns a number of brands that serving the customers with innovative and diversified printing solutions.

In 2005, Mr. Lin came across Junior Chamber International (JCI), a non-profit international organisation, and became a member. He has taking up different positions in JCI and JCI Hong kong in the past years. He was elected as 2019 National President at the JCI Hong Kong’s Annual General Meeting in 2018. 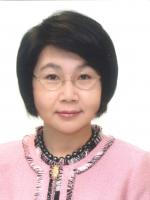 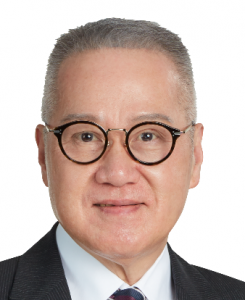 Dr. Simon Kwok is the Chairman and Chief Executive Officer of Sa Sa International Holdings Limited, with over 40 years of professional experience in the cosmetic retail industry. Together with his wife, Dr Eleanor Kwok, Dr. Kwok has run Sa Sa’s operations since its establishment in 1978 and successfully listed the company on the Stock Exchange in 1997, transforming Sa Sa into a leading cosmetics retailing group in Asia. 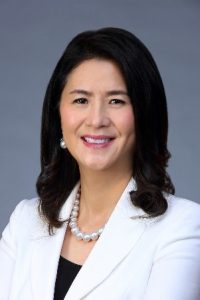 Mrs. Amy Lo is Co-Head of UBS Wealth Management Asia Pacific, and Chairman and Head of UBS Wealth Management Greater China. She is also Head and Chief Executive of UBS Hong Kong Branch, and a Group Managing Director at UBS. Amy has over 30 years of experience in the banking industry. Since joining UBS in 1995, she has held a number of senior management positions including Regional Head of Ultra High Net Worth in Asia. Today, the ultra-high net worth business is the leading wealth manager for ultra-high net worth individuals in the region.

A passionate supporter of youth education and technological innovation in Greater China, Mrs. Lo is a member of The Court and the MBA Advisory Board at The University of Hong Kong, a member of the Advisory Committee of the Department of Social Work at The Chinese University of Hong Kong, and an Advisor of the Industrial Consulting Committee at the HongKong X, a tech start-up platform aim at promotion of innovations among young entrepreneurs.

Mrs. Lo received the Executive Award at the DHL/SCMP Business Awards 2018 for her efforts in promoting the growth and development of the wealth management industry, and for her drive in building UBS as a corporate citizen in Hong Kong. She was also named by a top-tier Chinese media, China Business News, as one of the “Hong Kong Top 20 in the next 20 years” for her contribution to innovation developments in 2017. She is a Board Member of the UBS Optimus Foundation, the independent grant-making foundation that helps UBS clients improve the education and welfare of children globally. 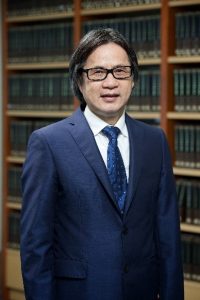 Founded by Dr. Simon Suen in 1985, SML is now a global business and branding solutions supplier, providing one-stop technology solution with presence in over 30 countries.

At its founding, SML sought to globalize its business as the vision. In 1997, SML stepped out of Asia and established a global footprint. Since 2004, SML has made numerous strategic acquisitions in Europe and America, which have infused the company with new talent, technology and client, and resulting in a more diversified and expanded business portfolio. SML set technology and RFID as the company’s new focus and expanding into logistic operation systems and supply chain management. Emphasizing on local teams for a global network, SML is a culturally diverse global enterprise that has successfully transformed from a regional label manufacturer into a global technology enterprise

Dr. Suen is a firm believer in giving back to the society and has always been committed to charitable causes. He is also a very well-known philanthropist for art and the study of Chinese culture and humanities. 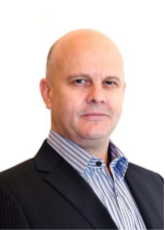 Mr. Tim Collins is a Corporate Director of the Group and the Chief Executive Officer of DCH Auriga Healthcare, Malaysia manufacturing and IMSA Southeast Asia region, covering 10 Asian countries, 2000+ people across all Healthcare, Food, Personal care and Household categories. Prior to joining the Group, Mr. Collins has been in the FMCG industry for 27 years where he held multiple roles in Australia and Asia with Cadbury Schweppes from 1991 thru to 2003. He joined Li & Fung Asia (“LF Asia”) in 2004 and has been essential to LF Asia’s development, leading the expansion of market coverage across Asia, undertaken the expansion of the Hong Kong and Macau Consumer markets progressively, adding responsibility for China, Taiwan and Healthcare service and orchestrating the recent acquisition of LF Asia to DCH in June 2016. 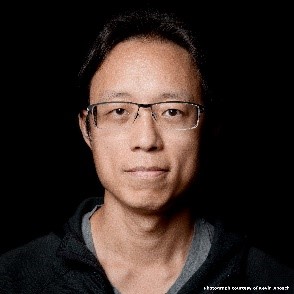 A technology entrepreneur/investor based in Hong Kong, Mr. Yat Siu is founder and CEO of Outblaze, a conglomerate of companies focused on cloud, AI, blockchain, and smartphone software.

Yat began his career at Atari Germany in 1990. In 1995 he moved to Hong Kong to establish Hong Kong Cybercity/Freenation, the first Asian free web page and email provider. In 1998 he set up Outblaze, an award-winning pioneer of multilingual white label web services. In 2009, he sold Outblaze’s services business to IBM, and pivoted Outblaze to digital entertainment services and products.”

Yat is a director for TurnOut Ventures, a partnership between Outblaze and Turner Entertainment that brought to prominence the hugely popular emoticon character Tuzki. He is co-founder and director of mobile developer and publisher Animoca, and co-founder and chairman of Animoca’s ASX-listed spinoff Animoca Brands. Animoca Brands is a global developer leveraging popular brands, gamification, AI, blockchain, and mobile technology to make engaging apps ranging from games to fitness solutions. In 2017 Yat set up the Dalton Learning Lab, an afterschool lab environment that supplements Hong Kong students with skills not emphasized by the local education system, including divergent thinking and design thinking. He is the founder of ThinkBlaze, the research arm of Outblaze investigating socially meaningful issues in technology. Yat has earned numerous accolades including Global Leader of Tomorrow at the World Economic Forum, and Young Entrepreneur of the Year at the DHL/SCMP Awards.

A classically trained musician, Yat is a member of the advisory board of BAFTA (British Academy of Film and Television Arts) and a director of the Asian Youth Orchestra. 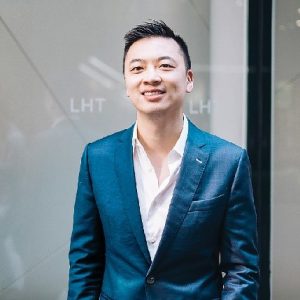 Mr. Danny Yeung heads up Prenetics Group – a leading global genetics-enabled digital health company headquartered in Hong Kong. Prior to Prenetics, Danny was a founding partner at SXE Ventures, former CEO of Groupon East Asia, and former co-founder of uBuyiBuy.com. Danny’s entrepreneurial journey started at the age of 25 when he ventured into franchising HK dessert chain Hui Lau Shan into the USA before successfully specialising in hospitality furniture. Danny received his BS in MIS from the University of San Francisco.